Indymedia linksunten was banned by the ministry of the interior on 25th of July 2017. This ban was followed by massive repression including house raids, criminal proceedings, surveillance, etc.

But this isn’t any ban of a website. It’s an attack on press freedom and massive censorship of left media. Linksunten was a central part of radical struggles.

We should not leave such an attack unsanswered. Those affected by the repression and the autonomous center KTS in Freiburg (that was raided after theban) sue the state. There have been numerous demos and solidarity actios against the ban. Let’s continue this way and stay loud and fight in solidarity against censorship and repression.

More information on the ban of linksunten: 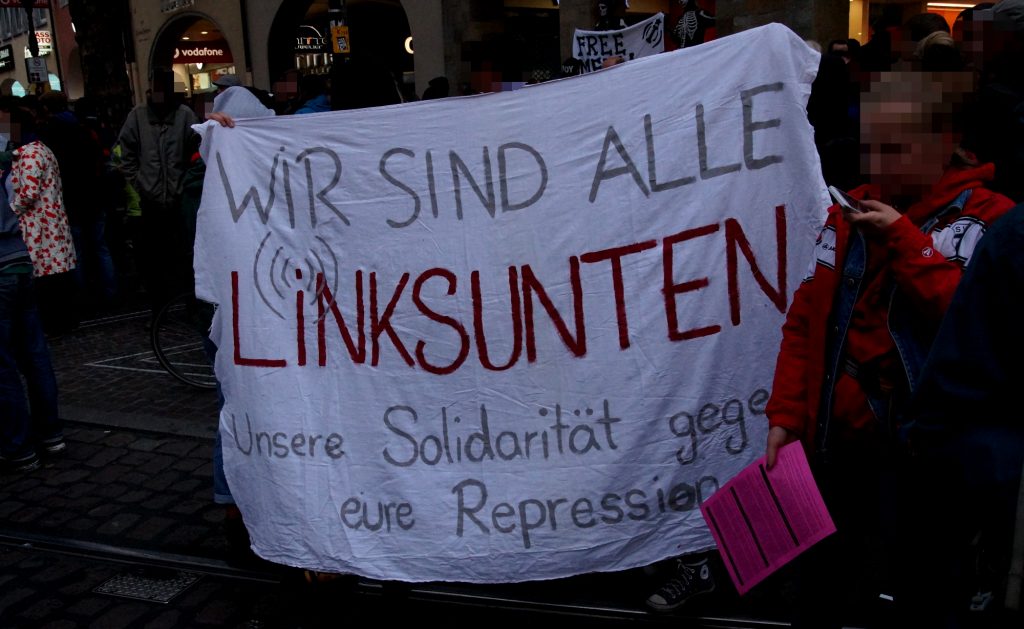 We are moving!
We have moved our blog to blackblogs, the new domain is https://abcsuedwest.blackblogs.org/.
We will keep our noblogs domain as a backup!