This morning (10.11.), around 8:00 a.m., Thunfisch was forced to get off a plane at Berlin-Schönefeld airport and was then arrested on the ground by three federal pigs, including a pig named Göhring (similar to Hermann Göring, one of the most powerful figures in the NSDAP). The arrest warrant was issued in January and is based on an investigation in Münster in 2016, accusing her of arson. 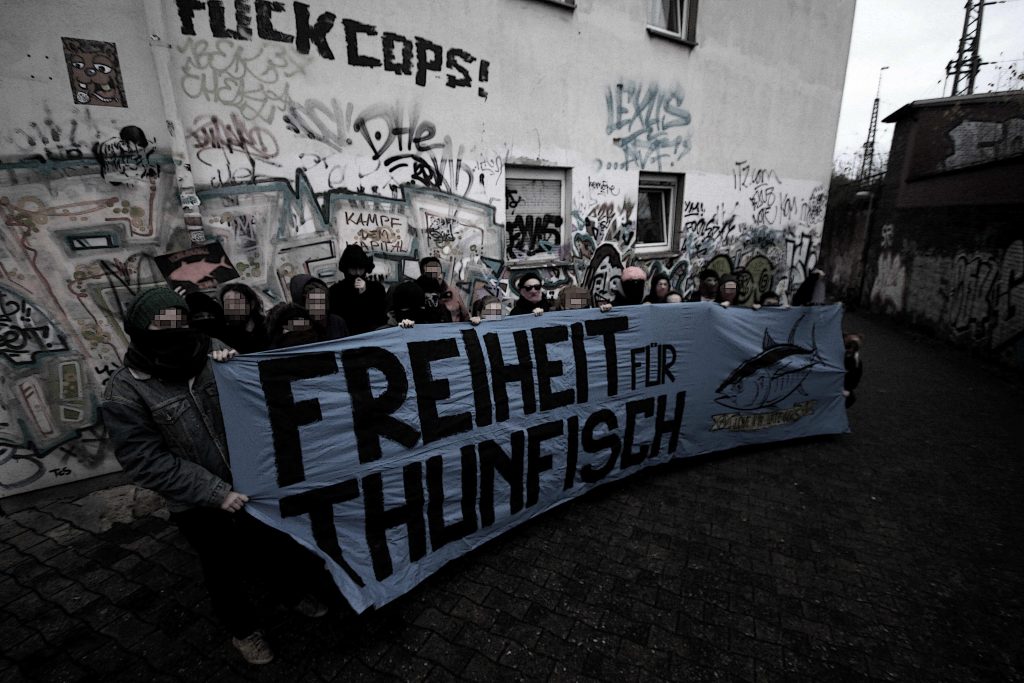 This is not the first time that Thunfisch (tuna) has been banned behind walls. Almost three years ago, in November 2016, she was arrested in connection with the Rigaer94 solidarity demonstration in the summer of the same year and spent three months in pre-trial detention in the women‘s prison JVA-Lichtenberg in Berlin¹.

Around noon she was brought before the magistrate in the district court of Königs Wusterhausen / Wildau, who nodded off the existing arrest warrant. As a result, she was taken to the Luckau-Duben prison, a women’s prison in Brandenburg. She is expected to be transferred to NRW on Wednesday. To which prison exactly is still unclear.
As soon as there is something new, we will get back to you.
Thunfisch is happy about every form of solidarity.

Freedom for all prisoners!